A New Year, a New Word, a New Tradition!

On my quest to layout some new year resolutions, I really spent some time contemplating the idea, process, and complication of it all. Along the way, I discovered two articles that changed my thought on this historical task that appears each year like a ghost from the past.

The first was a story in the Monroe News, a small but very well produced newspaper (yes they still exist) that mixes local, national, and worldwide news – just enough, but not too much like the TV news. The article described the writer’s New Year challenge, similar to my own, so of course, I was interested. She decided in 2017 that instead of making a list of goals that were probably not going to happen, to choose a word for the year to live by, which was “create” in 2017, and “water” in 2018. I thought it was a brilliant idea!! No more lists, evaluating every aspect of my life, setting goals that were not of my nature…but instead using ONE word to guide, motivate, and inspire me throughout the year. It reminded me of how American Indians use to calendar their past years, “the year of the rains” or “the year of great sorrow”.

Of course, I bought in, hook, line, and sinker! But now the dilemma – the WORD. They say less is more and the more I contemplated it the larger the task became as the process of elimination would drill down to a word that would carry me through 2019. Although, as our physical body deteriorates, our mind grows stronger with knowledge and I knew that if I keep my ears and mind open, that serendipity would offer the word.

And so it happened. I am an avid fan of NPR stories which allow me to travel and learn about cultures around the world and in my neighborhood from the driver’s seat of my car. Early one morning, on the way to the gym (not part of the resolutions), I heard a story about a woman that discovered the unique gold jewelry of Senegal, while living there for a short period of time, which has now been donated to the Smithsonian. As she researched its creation and cultural influence she discovered the jewelry was closely tied to a group of women called Signares, which were mixed-raced descendants that emerged as independent businesswomen, in the 1700s. They could speak several different languages, own ships, manage trade networks, employ men, and were renowned for their patronage of musicians, glittering parties, and opulent fashions – especially the gold jewelry.

Today, the Signares are icons for modern Senegal woman as they were women who were incredibly successful and who created a kind of space for themselves against all odds.

“Oumou Sy, the fashion designer, says you can see the Signares ‘ influence in the way modern Senegalese women use fashion to project dignity and self-assurance. It’s an attitude so celebrated in Senegal, it has a name, sanse.  Sanse  – means to dare, says Sy, to present yourself in your finest without fear,” stated Nurith Aizenman, NPR News.

As I predicted, my 2019 word, Sanse  (saun-say), was delivered to me by the serendipity, once again.

So, in this new year, as I continue into my 13th year of business and my 56th year of life, I will continue to dare to survive, grow, and God-willing, prosper, while presenting my finest!

At the end of the day, it is who we all are as entrepreneurs, regardless of gender, culture, race, class, and time — we develop our craft and dare to present it to the world, without fear, in hopes of creating a space for ourselves against all odds. 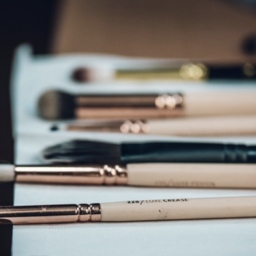 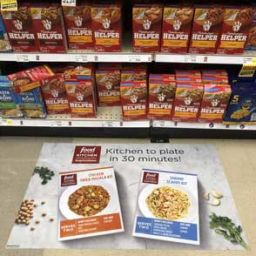 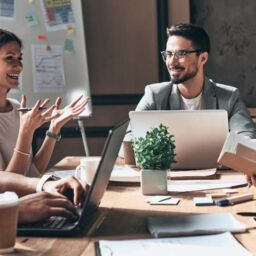 Bees maintain a temperature of 92-93 degrees Fahrenheit in their central brood nest regardless of whether the outside temperature is 110 or -40 degrees.